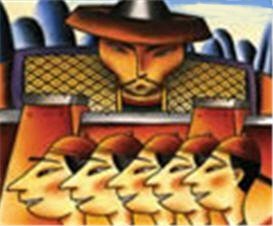 Five Chinese Brothers
Five brothers, each possessing an amazing physical gift, conspire to outwit the cruel Emperor, who forced thousands into slavery to build the Great Wall of China. Each of the older brothers' talents is put to the test in order to save the people: great strength, tremendous height, sharp senses, and resistance to fire. Just when it appears that the Emperor will triumph, it is the sensitive youngest brother whose talent is the most useful of all.
Themes: Folktales from the Far East,