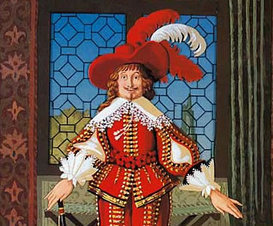 The Emperor's New Clothes
Like everyone else in the kingdom, two clever swindlers understand the king's passion for new clothes. Claiming to be creators of the richest and most beautiful cloth in the world, they cleverly announce that the "magical" garments they are weaving for the Emperor are invisible to anyone lacking intelligence. Who will have the courage to speak the truth?
Themes: Hans Christian Andersen, Storybook Classics
You must enable JavaScript and install the Flash plugin to view this player