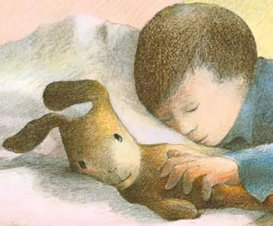 The Velveteen Rabbit
"When a child loves you for a long, long time, not just to play with, but really loves you, then you become Real." Margery Williams' enchanting story about a toy rabbit will live forever in the annals of children's literature, and comes alive through this unforgettable rendition.
Themes: Rabbits, Rabbits, Storybook Classics